If anybody remembers the Muscles or Mtn Dew? post, you know that my desire to get back in shape is a teensy bit less than my desire to eat whatever the heck I want. I love food. I REALLY LOVE food. Unfortunately I also love comfy clothes and lounging around doing nothing. Know what those things together equal? The perfect combination for packing on some extra insulation. 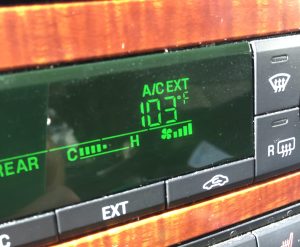 I tried to run y’all. I really did. (I made it 4 whole days.) But it’s hot as hades down here in Alabama this summer with approximately 300% humidity so I decided imma just put that on the back burner until it starts cooling off a little (probably around December). I thought maybe if I just stayed more aware of what I was eating I could halt the gains, but unfortunately I stepped up on the scale at my mama’s house recently and realized that I was about as high as I’ve ever been without being pregnant. *sigh* I might be a mom of three and out of my 20’s but I’m not ready to completely throw in the towel quite yet. (And I better catch it while it’s still somewhat manageable, right?)

SO, if routine exercise is still a challenge for me and I didn’t magically start craving carrot sticks and water, where does that leave me?? Needing the dreaded DIET PLAN.

Blah. Look, I’m not even going to PRETEND like this is an exciting, wondrous time period where I’m eagerly looking forward to melting off extra layers by eating scrumptious all-natural vegetables and drinking my Pink Drink, Spark or whatever else is on fleek at the moment (did I use that right, y’all? No? It’s already come and gone? Whatever – strange younguns and y’all’s made up words). No amount of wanting to lose weight will make me stop craving french fries covered in ranch dressing or wanting to wash down that greasy burger with an ice cold Mountain Dew.

But I had to do something. I guess it comes down to finding what works for you. Can’t picture life without meat-heavy meals? Maybe a high protein diet would work. Want someone else to handle all the details? Try one of those pre-packaged meal plans. Big on all-natural non-processed options? Paleo might be up your alley. For me, I needed a diet that allowed me to work in those foods that I’m not willing to give up (and there are quite a few) while still somewhat being able to claim that I’m sticking to The Plan.

It’s been around, like…FOREVER so they must be on to SOMEthing. Hubs and I tried it about 4 years ago and both dropped close to 10% body weight (he actually never gained his back. I cannot say the same….). Plus, they’ve got the online program for basically the weekly cost of a value meal at McDonald’s and you never have to step foot in a meeting. We honestly had nothing to lose by joining but weight.

1 – Soft Drinks are Tough but You Better Believe I Can Work Them In….. 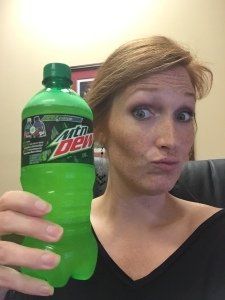 For those of you that aren’t familiar with the program, you get an allotment of daily points to use on food and drink. The number of points is based on age, weight, physical activity level, yadda yadda yadda. I get 30 points to use a day. My 20 oz Mountain Dew (that I typically drink two of per day, mind you) is 18 points. EIGHTEEN POINTS. It’s a wonder I’m not the size of a barn. I’m too attached to completely quit them cold turkey, but realizing that they’re more than half my daily points allotment has helped to at least break the habit of grabbing one before work every morning. I also (for the most part) made the switch from the 20 oz bottles to the smaller 12 oz ones (but even those jewels are 11 points!).

Another adjustment I’ve made? Water with meals. I didn’t realize just how big of a chunk getting a coke or a sweet tea with my food was. I might savor my Dew during the day, but honestly, when it comes to eating I just need something to wash down the food. Not tacking 10 – 15 points onto every meal for something I could live without anyway was an easy decision.

Oh, and if you’re a routine beer drinker? Not as bad as I thought! Michelob Ultra – 3 points/beer; Bud Light – 4 points/beer; Bud Heavy – 5 points. But I guess those cases at a time could add up…beer bellies make a little more sense now, yes?

Got to shoot it straight real quick. I use things like chili and taco soup as excuses to fill a bowl with shredded cheese and then use a bag worth of corn chips as spoons to scoop it out (bonus points if I actually manage to scoop up any soup). It’s not uncommon for me to go through 3/4 of a bag of corn chips per bowl.

You know what I learned when I pulled up the point value for corn chips? I learned I needed to STOP. Y’all…..a serving of those things is 5 points. Ten of those little scoops equal a serving. I go through the majority of the bag. You see where I’m going with this? We’re not even getting into the points for the layer of cheese…. (OH and sidenote: the reduced fat cheese we had was only a point less per serving than the regular. Ummm…that point is 100% worth it in my opinion. No rubber cheese for me thank you.)

Yep, you know what that means. WATERMELON FOR SUPPER!!!! I’m 100% sure that’s not how they intended those free fruits and vegetables to be worked into my day, but I didn’t make the rules. I know good and well that bananas are one of the less diet-friendly fruits. But you know what? On this plan they’re a zero point food and we’ve been eating the heck out of them. It’s a pretty smart deal on the WW dieticians’ part. Even though it’s not the health equivalent of an apple, tell me fruits are free and you’ve got me reaching for a banana instead of a poptart (16 points for the two-pack, because really…who eats just the one??). Most places have a fruit side option these days too which definitely helps knock a chunk off what I’d typically order.

Yeesh. Gotta watch that butter. I don’t know what the norm is in other parts of the country, but here in the South we love our butter. Seasoning green beans? Add a scoop of butter. Baked potato? Two scoops of butter. Cake? Couple sticks of butter. The problem is (other than the obvious), you’re taking what would otherwise be a zero point food (non-starchy vegetables are free) and adding in loads of points that are pretty hard to count (how much of that wad of butter did you get with your scoop of green beans?).

We’ve started using the fat-free butter-flavored spray stuff (I’m sure there’s a ton of mess in there that’s just as bad for us, but we’re talking points here and it’s zero so…) But you’ve really got to watch this kind of thing when you’re not preparing the food. Trying to eat smart by ordering squash at a restaurant instead of french fries? Better pay attention because if that squash comes out as squash casserole you’re dealing with not only butter but cheese, breading, and who knows what else! Let’s not even discuss Grandmama’s house. (Pretty sure every dish has sour cream, cream of chicken, cream of mushroom, gravy, butter, butter, butter….mouth.watering.)

The good thing about this program, though, is that if it’s REALLY important to you, you can find a way to work it into your daily points (I’ve had fruit for supper more than once…) But after you learn how much other food you’d have to sacrifice to eat that sourdough deliciousness, it really makes you reconsider whether it’s worth it (and sometimes it ABSOLUTELY is…).

We’ve been trying to count points most of the time, but you know what? Some (a lot of) days we don’t. We treat the weekends as free (the program gives you 35 extra points a week to spend how you want, but forget that…I need a couple extra days!). Even though we’re not following the plan exactly, we’re still doing better 5 out of 7 days a week. We’re aware that this means the weight will come off a little more slowly than it otherwise could, but it’s worth it to us to not feel like we’re completely depriving ourselves of happiness.

After a few days of looking up the point values for everything under the sun (that barcode scanner can be kind of fun), we’ve developed a pretty good idea of what to eat vs. avoid (for example: hubs decided to swap his usual corn chips and bean dip midnight snack for tortilla chips and salsa; I decided swiping a cookie every time I walked by the pantry wasn’t how I wanted to spend 3 points each time, etc.) Sometimes just being aware of how foods stack up against each other is enough of a wake up call to steer you towards better choices. That’s what we’re hoping for anyway.

So what have we learned these first few weeks? It’s not about following the plan perfectly, it’s about making small choices that will add up over time. It might not be instant weight loss, but it’ll stay off much longer than the water weight we’d drop from taking whatever the latest diet pill happens to be.

The accounting nerd in me is enjoying the challenge of finding ways to put the points together to make them equal 30 (it rarely happens). And I’m not gonna lie, I’ve got one of those 18 point Mountain Dews beside me right now. But instead of getting fried chicken and french fries with a large coke like I used to frequently do for lunch, I’ll have a 6 point meal replacement shake instead.

Baby steps, y’all. Every teeny tiny good choice we make is an improvement and it all adds up. We didn’t gain it in a month and shouldn’t expect to drop it that quickly either. But down is down so I guess we’ll ride this WW train awhile and see what happens.

Btw – reached my first goal (which calculated to a drop of about 3.76% body weight) in 3 weeks (hubs said I could’ve eaten a lot of fiber and had the same results but I think he’s just jelly…).

One thought on “Mountain Dews are HOW Many Points??! #weightwatcherfailing”